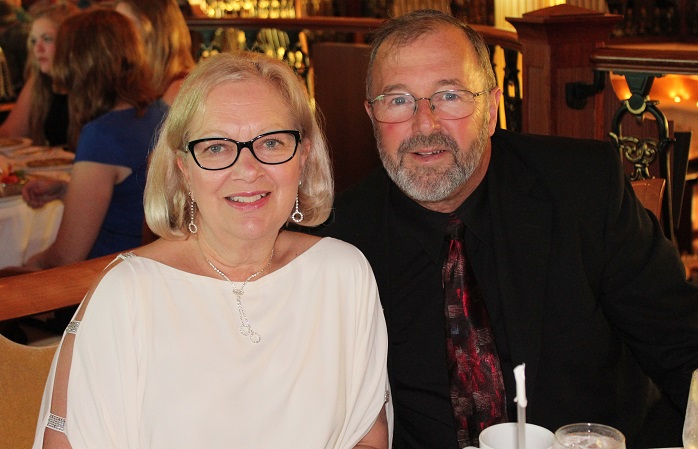 Don Shire offers his unique trumpet styling in concerts and meetings worldwide. Reverend Shire was ordained as a minister of the Gospel by Impact International in 1994. In ministry, Don has previously served as an Associate Pastor, Youth Pastor and the Minister of Music. As a businessman, Don has been the president of two computer related businesses. In 1995, he responded to Gods leading to leave the business arena. He currently is the featured guest in concerts, mission conferences and evangelistic outreach throughout the United States and also to 35 other countries. DSM has established orphanages and homes for widows for over 600 people in India, Haiti and Honduras. He also coordinates short term
mission trips, such as this Mission Cruise, for church groups and individuals. DSM also has a guest house in Port au Prince, Haiti, for church mission teams called
Our House of Hope.

Kathy, Don’s wife, is a gifted speaker and often speaks at women’s banquets, seminars and retreats. As a missionary wife, mother of three, and grandmother of 10, Kathy faces the same challenges as all Christian women. Kathy loves to study the Word and find practical applications for woman today. Kathy often travels with Don on concert tours and accompanies him on some of their short-term mission trips. In addition, she works part time as a tour director. This involves leading tour groups throughout the United States and abroad.

A message from Don:

“I have been privileged to travel the world in a unique ministry of music and missions.  My travels have heightened my desire to provide opportunities for believers to share their faith through a wide variety of short-term mission trips.

Can you imagine having the opportunity to minister to orphans, the elderly, the homeless, handicapped, and those imprisoned all within the span of a week?  Traveling via a cruise ship offers a unique and cost effective way to visit several different countries in just a short time.  A mission cruise provides a host of opportunities for fellowship and service for anyone who has a desire to be used of God.  It is my hope to see children and senior citizens alike stepping out of their comfort zones to share Christ in new places.”